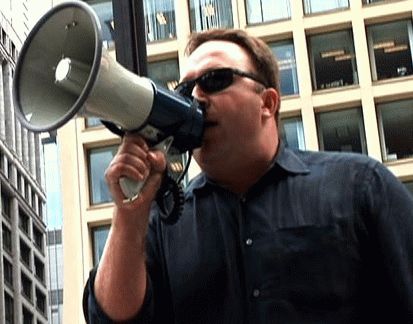 From government sponsored terrorism to the takeover of our national parks to biometrics — this tape has the information you need! Find out how the sovereignty of the United States is being subordinated to the globalist interests, through such examples as the Foundations at the Presidio and the Panama Canal. See United Nations and Chinese Interests are affecting our nation. Witness the United Nation’s indoctrination of America’s children. Interviews with witnesses of the Oklahoma City Bombing

ALEX JONES EXPOSES THE GROWING MILITARIZATION OF AMERICAN LAW ENFORCEMENT AND THE GROWING RELATIONSHIP BETWEEN THE MILITARY AND POLICE. Witness US troops training with foreign troops and learning how to control and contain civilian populations in Operation Urban Warrior. You will see Special Forces, helicopter attacks on South Texas cities, concentration or «Freedom» camps, broad unconstitutional police actions, gun seizure training, snitch squads of children recruited to turn in family and neighbors, and more. This was filmed in 1999/2000 and foreshadows the rise of the police state and martial law that is creeping forward. Recall that even today, troops and mercenaries seized and confiscated honest law abiding citizens weapons down in New Orleans after the Hurricane Katrina. Foreign troops were called in to help rescue, troops from Denmark, and Mexico. The truth is stranger than fiction. Exclusive photos from Urban

America Wake Up (Or Waco)

Alex Jones’ second documentary feature, documenting the assault on Waco and the aftermath. Created in 2000.

The Best of Alex Jones

The corrupt central government has already implemented the first stages of an oppressive Police State — MARTIAL LAW IS HERE! Alex Jones exposes the problem-reaction-solution paradigm being used to terrorize the American people into accepting a highly controlled and oppressive society. From children in public schools being trained to turn in their peers and parents, to the Army and National Guard patrolling our nation’s highways, Police State: The Takeover reveals the most threatening developments of Police State control in our age.

Local, State and Federal governmental institutions own over 70% of the stock market! Alex Jones interviews Walter Burien, Commodity Trading Advisor (CTA) of 15 years about the biggest game in town. There are over 85,000 Federal and regional governmental institutions: school districts, water and power authorities, country and city governments — and they own over 70 percent of the stock market. This is an absolute must-see to pull back the curtain of lies on the private takeover of our society. This tape also includes an interview with Joe Banister, former IRS Special Agent exposing how the IRS is a collection agency for the private, run-for-profit Federal Reserve.

The Masters of Terror: Exposed

in two hours, Alex Jones reveals the Globalists’ master plan for world domination. In this powerful expose, Jones explains why the elite are using manufactured terrorism to drive the populations into accepting tyranny. The Masters of Terror details the execution of the September 11th attacks and the ensuing whitewash, the cashless society control-grid, implanted microchips, mind-control, militarization of police, concentration camps, foreign troops massing on US soil, the USA Patriot Act, and Homeland Security taking over the states.

MATRIX OF EVIL Some of the best minds in the country, coming from different sectors of the political spectrum combine in this film to expose an intricate web of deceitful wickness controlling America today. Matrix of Evil contains footage from speeches and conversations with Alex Jones, Congressman Ron Paul, Colonel Craig Roberts, Congresswoman Cynthia McKinney and Frank Morales which cover and include: -How the private banks control the military-industrial complex -Expert analyses of the USA Patriot Act and the latest police state developments -Globalist financial policies pushing America and the world into depression -How the neoconservative movement controlling the Bush administration is nothing more than a trojan horse for a big government agenda of ivory tower social engineers -The latest revelations concerning cashless society control grid, satellite tracking, cellphone tracking, DARPA surveillance, the end of Posse Comitatus, the federalization of local police and governments and much more.. -Government-sponsored terrorism, gun control, political assasinations, Sept. 11th coverup Most importantly, Matrix of Evil is chock-full of solutions. All of the dynamic people interviewed for this film agreed that there is a massive awakening taking place in America to the criminal activities of the global elite

The United States government, at all levels has fallen under the control of the desperately wicked New World Order clan The events of Sept 11th mark the initiation of the final sick push of the illuminati to consolidate their one world order and transform earth into a prison planet. In over two and a half hours, Alex Jones chronicles in stunning detail the true character of the globalists. Learn the master plan of the blood-thirsty elite to financially, physically and spiritually imprison not only America but the world Other Search Word: Conspiracy

In Alex Jones’ 11th feature documentary, made in 2004, Alex documents the major candidates in the staged 2004 United States presidential election.

The film documents…. What the modern day police state looks like as thousands of peaceful protesters are forcibly detained at a Guantanamo style detention camp called Pier 57 during the 2004 Republican National Convention. How multitudes of New Yorkers and others are fully aware of the fact that 9/11 was an inside job and are now actively exposing the people behind it. Why the collapse of Building 7 is potentially the biggest smoking gun indicating government involvement in 9/11. Alex returns to the scene of the crime to physically dissect why the official story can be nothing else but a fraud. >> The occult and satanic underpinnings of the ruling elite families and how their oath to secret societies and each other makes a mockery of their counterfeit pseudo-loyalty to America and what it is supposed to stand for. >> Arnold Schwarzenegger’s alarming and sordid past and why his intentions should unnerve us all in light of his fated future presidential run. A womanizing, egotistic, power-mad, imperious Nazi whose ideals are diametrically opposed to those represented by the founding fathers

This new film delves deeply into the history of the Grove where powerful men make decisions that affect the world but are completely hidden from public scrutiny. The Order of Death details how the Grove has been the backdrop for some of the most earthshattering events in human history including the development of the Starwars program and the Manhattan Project. This is the second version of The Order of Death, with extra footage added

TerrorStorm: A History of Government-Sponsored Terrorism

Alex Jones’ latest film covers in detail the proven history of government sponsored terrorism, and focuses on the 7/7 London bombings and 9/11 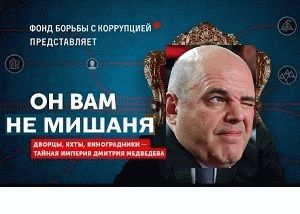